: boldness or courage needed to do something 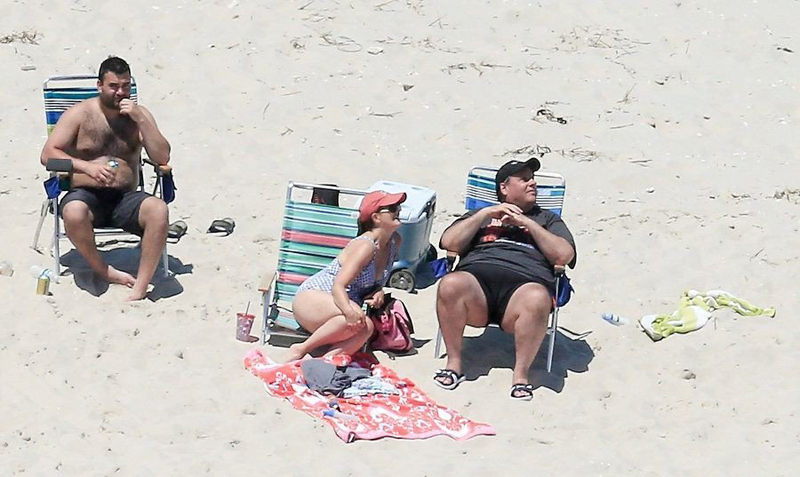 Chris Christie Hits a Closed State Beach, and Kicks Up a Fury

By GERRY MULLANY | JULY 3, 2017 | New York Times
Gov. Chris Christie of New Jersey provoked widespread ridicule as pictures emerged of him and his family sunning themselves on an empty beach that had been closed during the holiday weekend because of a state government shutdown.

Mr. Christie was shown in aerial photographs relaxing in a beach chair on Sunday at the governor’s official retreat in Island Beach State Park. The pictures were taken by The Star-Ledger of New Jersey.

Mr. Christie gave a ho-hum response when questioned by reporters Saturday about going to the beachside retreat at such a politically sensitive time, as a budget standoff forced the shutdown of the state government.

“That’s just the way it goes,” Mr. Christie said. “Run for governor, and you can have a residence.”

His outing came as the state park police were turning away families who arrived at the beach’s main gate hoping to spend the day by the ocean.

The pictures of the governor lounging in the sand with his wife, Mary Pat, and other family members prompted a torrent of criticism and mockery on social media.

For some, Mr. Christie’s defense of the visit called to mind other choice moments from the brash governor’s years in office, like when he told a law student to “shut up” in 2012 when being questioned about the merging of two units of the state university system.

After leaving the beach, Mr. Christie held a news conference in Trenton, where he was asked whether he had gotten some sun that day.

“I didn’t,” he said, according to The Star-Ledger. “I didn’t get any sun today.”

But his spokesman, Brian Murray, recalibrated after being told of the existence of the photos, saying, “The governor was on the beach briefly.”

“He did not get any sun,” Mr. Murray added, according to The Star-Ledger. “He had a baseball hat on.”

One person called the pictures “grotesque.”

Another engaged in a creative use of Photoshop, placing the beachgoing governor in the White House.

Mr. Christie made a failed run for president in 2016, and his support in his home state has dropped precipitously ever since. One poll found that just 26 percent of voters viewed him favorably in April 2016, shortly after he ended his campaign. He is set to end an eight-year tenure as governor in January.